The principles for position determination are trilateration, triangulation and fingerprinting. A transmitted signal loses strength as distance increases. At a distance of one meter it is strong, at a distance of forty meters it is correspondingly weaker. The smartphone knows where which signal source is in the room. If the phone can receive signals from at least three sources, such as beacons, the signal strength can be used to accurately determine each point in a room. For example, the smartphone is 1.8 meters from Beacon One, 2.1 meters from Beacon Two and 3.7 meters from Beacon Three. This type of position determination by means of distance measurement using signal strengths is called lateration, the effect of decreasing signal strength, which is used here, is called attenuation. The inclusion of three signal transmitters is referred to as trilateration, with a higher number of signal transmitters as multilateration.

Another or additional method for position calculation is triangulation. In contrast to lateration, not only the distances to the sensor but also angles are used to determine the position of an object. Two angles and one length are required for a two-dimensional location determination. Angle of arrival (AoA) is the angle at which the signal hits the receiver. The angle is measured using the delay of the signal (“Time of Flight” TOF). TOF measures the time it takes for a signal to travel between an object and the reference point, the known position of a transmitter.

Another way of determining the position is the so-called “fingerprinting”, which is mainly used in connection with a position determination via WLAN infrastructure. Instead of determining the distance between objects and reference points, the fingerprint technique matches characteristic matches of signals such as RSSI (Received Signal Strength Indication) and MAC address (Media Access Control). First, a database acting as a “map” is created with the characteristics of the existing WLAN signals at a specific location and at a specific time. Broadcasts broadcast by WLAN routers are usually recorded.

Fingerprinting, trilateration and triangulation are terms that describe different possibilities of position determination with the help of radio signals. Within a system, it is possible and common to use different types of positioning. 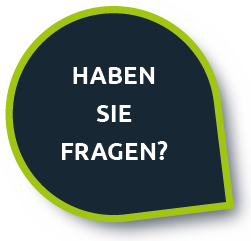